Experts don’t expect there to be a slow down in testing any time soon as omicron continues to spread. 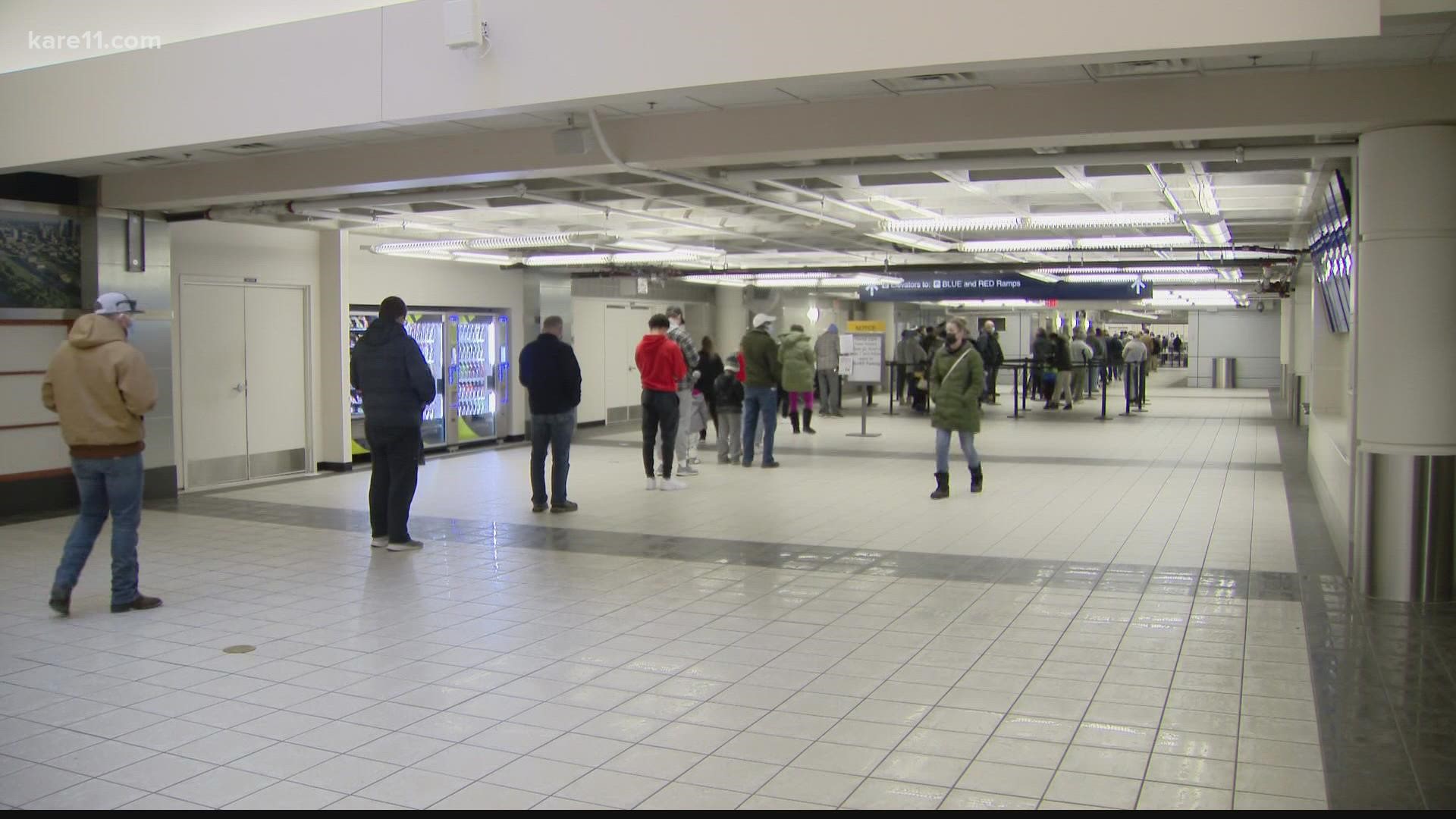 BROOKLYN PARK, Minn. — On Monday, Minnesota surpassed an unimaginable milestone – one million COVID-19 cases are now confirmed in the state since the pandemic began nearly 22 months ago.

While that jump is because there are more cases, it’s also because people are getting tested in record numbers.

“Record numbers actually, more than we had, in fact, in November of 2020,” said Vault Health CEO Jason Feldman.

Feldman says he expects to have already broken that record.

The testing site at the airport also just doubled the amount of tests it performed right before Thanksgiving. Since then, the omicron variant has spread across the entire country.

“At this point, omicron is relatively easy to detect with a PCR test,” says Feldman. “In fact, there are some tell tale signs in the lab that don’t affect most people.”

For example, if the virus doesn’t have what’s called the s-gene, it’s likely omicron – otherwise known as “s-gene dropouts”. But full genomic sequencing in a laboratory is necessary to be sure. Doctors are discovering omicron also has symptoms similar to the common cold.

In the last two weeks, Dr. Jackson doubled the amount of tests administered at his labs.

“Let’s make sure that after we’ve been together, if we find we’re experiencing symptoms, even if they’re mild, get checked, so that we can stop this spread and get back to life,” said Feldman.

Minnesota offers free PCR or rapid testing at more than 20 community sites statewide. Results from many home test kits return in as quickly as 20 minutes.

The vaccine clinics at Mall of America and MSP Airport are accepting appointments or walk-ins, and offering boosters. The MOA clinic is closed Dec. 31 and Jan. 1. The MSP clinics are closed Jan 1.

GS Labs has provided COVID-19 testing in multiple communities around the US. We rapidly expanded our testing facilities to meet the growing needs of cities through the COVID-19 pandemic.

The test you are selecting is for individuals seeking a test for a non-diagnostic (non-medically necessary) reason. Examples of such include events, return to work, or travel purposes. GS Labs is not responsible for assisting in the submission process if you choose to submit a claim for your test to your health insurer for reimbursement.